Blog from Bonn – our member Emily Rushton is there

The UN Climate Change 23rd Conference of the Parties (COP23) is underway in Bonn, Germany.

Emily Rushton, a OraTaiao member, is at COP23 and this is her first blog.

Emily Rushton is a kiwi nurse, currently living in France and doing a Masters in Health, Sustainability and Wellbeing. She has been an active participant in the United Nations Climate negotiations for 1.5 years, focusing mainly on agriculture’s intersection with health and empowering youth. In 2016 she was runner up for the NZ young Nurse of the year for her climate education outreach through OraTaiao.

In her spare time she directs an international mentorship program at a youth NGO, Care About Climate, as well as being part of the coordinating team of the youth constituency of the UNFCCC.

The 23rd Conference of the Parties (COP23) is this year presided over by Fiji, but hosted in Bonn, Germany for logistical and financial reasons.

This is a historic moment. The first time a Small Island Developing State (SIDS) has had the helm. And it couldn’t have come at a better time!

Mr Frank Bainimarama himself is the president of the COP and has stated that Fiji is focused on completing the Paris work program, the newly renamed ‘Talanoa Dialogue’ (instead of facilitative, much nicer as this is about inclusive, thoughtful discussions), the Climate Action Agenda, Oceans, Disaster Risk Insurance, the Indigenous Peoples Platform and the Gender Action Plan.

Fiji seem to be really taking the lead and providing strong leadership already in these areas. I am cautiously hopeful of some movement with them already so strongly affected by climate disasters, ocean and agricultural changes and rising sea levels. I was in remote Fijian island groups last year with Sea Mercy, on a mission post the record-breaking Cyclone Winston and am personally moved by having people in control that are so affected, in so many ways.

A recent analysis of the Intended Nationally Determined Contributions (INDCs) and Nationally Determined Contributions (NDCs) of countries, the path they have committed to meet their own goals of the Paris Agreement, found only 65% had included any mention of health. Only 90 countries mentioning it in the context of mitigation. So we still have a long way to go in terms of awareness and policy lobbying.

Much media attention has also been given to where health and climate meet due to the recent release of ‘Tracking progress on health and climate change’,  by The Lancet Countdown. Just in time for COP, they estimated that 9 million premature deaths in 2015 were from pollution, ’three times more deaths than from AIDS, tuberculosis, and malaria combined, 15 times more than from all wars and other forms of violence.’

They unpack the true costs of air, water and soil pollution that has been ignored for so long, often in the name of ‘economic ‘progress’. They also recommended cost effective measures to tackle the problems, including implementing monitoring systems and having timely accountability associated, working with business and local councils and being willing to confront vested interests.

There was also a special mention of the responsibilities of health professionals - that we need to control the pollution and emissions of the health sector that make up a large footprint in society. Lead by example by reducing in our own lives, support climate planning at all levels, develop climate focused health curriculum and ‘support research in exposure science, environmental science, health policy research and health economics.’

Partnerships between government, civil society, and the health professions have proven powerfully effective in past struggles to control pollution. For example, in the ultimately successful effort to remove lead from gasoline, which was fiercely resisted for many years by the lead industry, partnerships were built between government agencies, health professionals, and civil society organisations. The study has been widely picked up by the media and will be very useful for reference in the negotiations.

I arrived in Bonn early, to attend the 13th Conference of Youth. With 1300 participants from 114 countries. It was an incredible conference, organised and ran completely by volunteer youths. It really was a model to follow in terms of sustainability. For example, all catering was vegan or ‘recovered’, from bakeries and such who couldn’t sell the products the day before. It was extremely inspiring, productive and uplifting conference. They also made it a free conference with meals only 5Euro and securing a very low transport ticket for the participants as well, really ensuring the lowest barriers to participation that were possible. 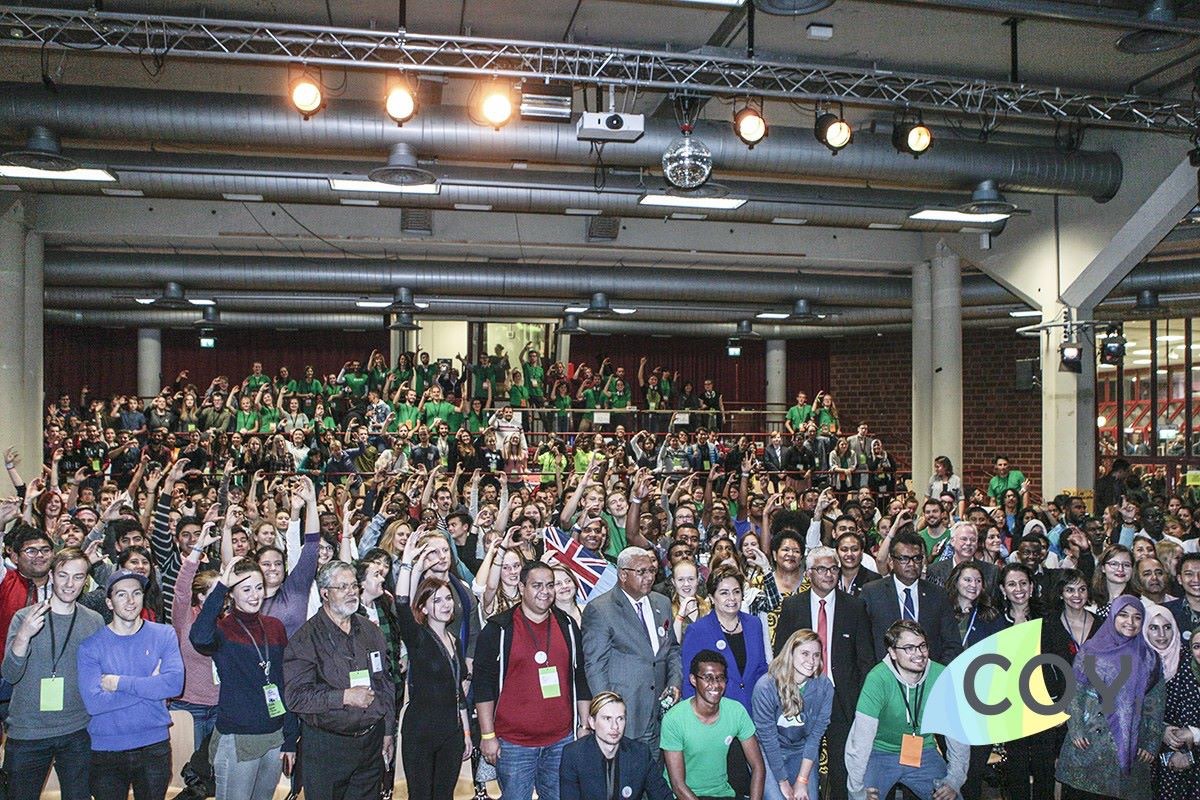 Health featured a lot more than I thought it would - with five education sessions held on various aspects of health and climate, very necessary as many people still don’t see the relevance immediately as it is not clearly in the text and discussions currently.

I co-ran two sessions on the psychology of engaging people, making sure we make our efforts as effective as possible, knowing what approaches turn people off and what gets people to be open to new ideas and change. For a quick rundown of some of these very useful concepts, you can watch these short videos - Psychology for a Better World by NZ’s own Niki Harre and Science Of Persuasion based on Dr. Cialdini’s book, Influence.

I was also alerted to a relatively new health organisation, The European Environment and Health Youth Coalition (EEHYC), that is specifically targeting policies in the EU where health is impacted by environmental issues. The first platform was created with the support of the WHO in Lithuania, but also now they have platforms in Hungary, Slovenia, Ukraine, Croatia, The Netherlands and the United Kingdom. They are the first youth health alliance I know of with the focus purely on environmental issues and they are very excited at the support they are receiving to engage in the space. Outside of youth, the EU do have the Health and Environment Alliance (HEAL) and Health Care Without Harm (HCWH) .

EEHYC ran an action challenge, giving out 200 pedometers to encourage and remind people of the importance of active transport and during the climate march held on the 4th, a large group of local young health professionals turned up in coats and masks, asking for the end of coal mining.

In general, I am feeling very hopeful. It was quite emotional seeing how many developing countries and women were being empowered to speaking positions and were even just able to attend. Partly due to a huge effort by the volunteer coordinators to facilitate and find funding for global south scholarships this year. Of course, not enough, but a huge difference to what I have seen in the past.

A 19 year-old Samoan girl, who studies at Auckland University, brought me to tears at the closing ceremony. I was so proud of her poise, power and mana she brought. One beautiful thing she said was regarding a saying they have in Samoa, that the fastest canoe is one with an elder steering but with the youth providing the momentum.

I left feeling supported, enlightened, connected and empowered. Ready for COP23, where we have 1 year to get all of the Paris Agreement details finalised and that momentum is needed in many other areas of negotiations if we want a realistic chance of staying below 2 degrees C.

I will endeavor to find time to report back after each week. :)