OraTaiao: The NZ Climate and Health Council is a not-for-profit, politically non-partisan incorporated society. It is governed by an Executive Board of members including two Co-Convenors (one of whom is Māori) elected annually. Current membership of OraTaiao exceeds 800 health professionals, health students, and associate members. 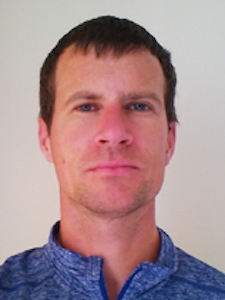 Dr Dermot Coffey
[email protected]
Dermot is a General Practitioner based in Christchurch. His interests include the role of GPs as environmental advocates, the social determinants of health, and active transport. In his spare time he loves to run and cycle in the Port Hills. 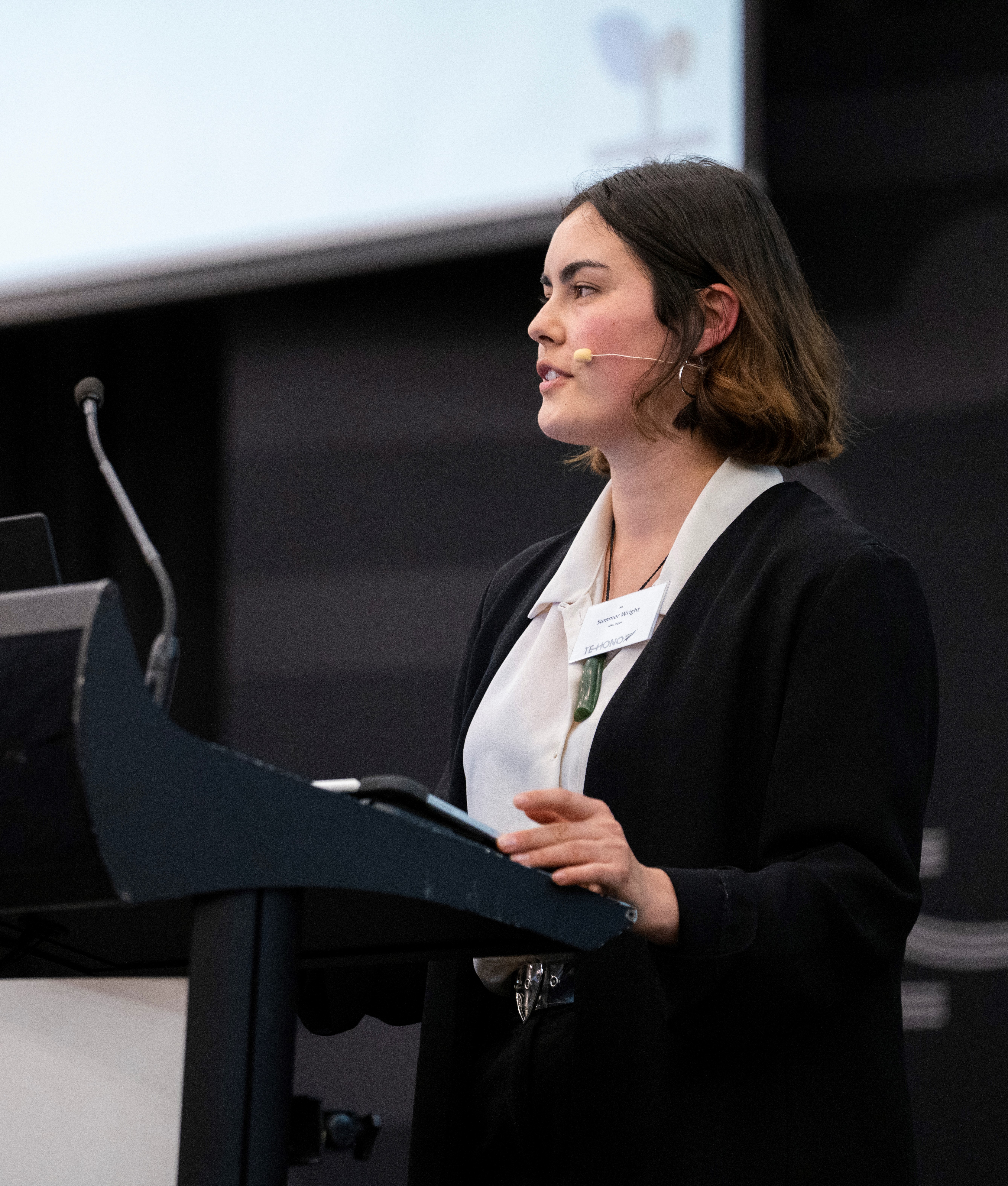 Summer Wright
[email protected]
Summer (Ngāti Maniapoto) is a dietitian and a PhD candidate at Massey University. She is currently investigating the social and economic opportunities for Māori businesses in plant-based food. Summer is passionate about food sovereignty and justice for people, climate, and Papatūānuku and Ranginui. Summer has also worked in disability as a youth worker and support worker.

Julia Crosfield, Coordinator and media
[email protected]
Julia has several years experience in communications of science and policy, and previously worked as communications adviser for the Ministry for the Environment. She holds an MSc in Social Research Methods with Social Psychology, and a postgraduate diploma in journalism. She is based in Tāmaki Makaurau and contracts to OraTaiao for 10 hours per week. 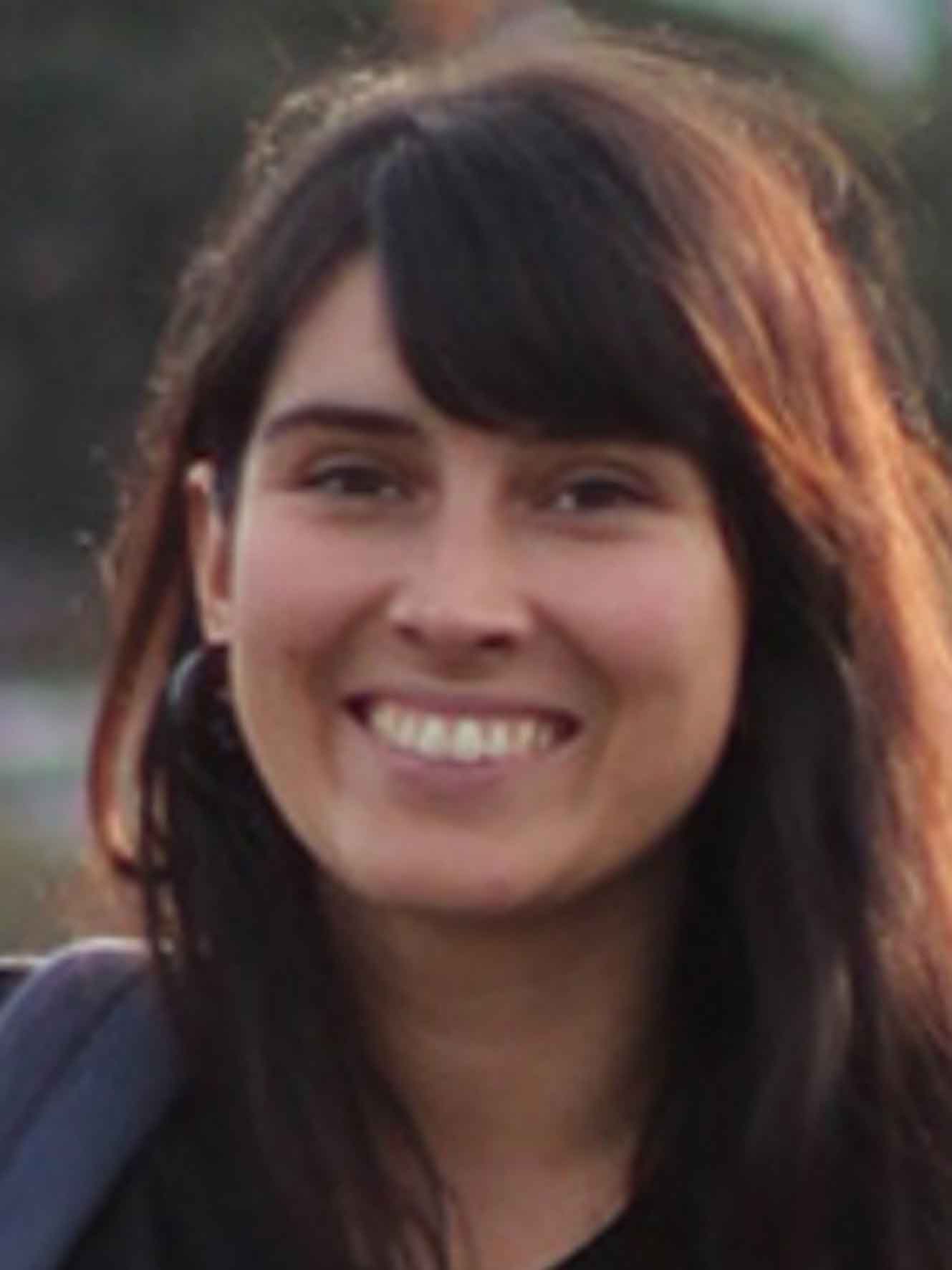 Romelli Rodriguez-Jolly, Secretary
Romelli (Pākehā/Andean) grew up in Kirikiriroa Hamilton and is an Occupational Therapist/Kaiwhakaora Ngangahau working for mental health services in Tāmaki Makaurau Auckland. They are passionate about cultivating respectful relationship with Pachamama~Papatūānuku~Mother Earth and interested in how people and communities experience and adjust to the everyday impacts of climate change on wellbeing. Romelli has an interest in plant based eating, plays folk music and enjoys biking. 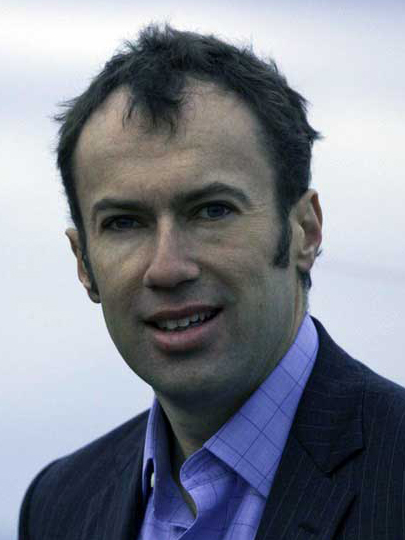 Dr Mark Smith, Treasurer
Mark is a Consultant General Surgeon at Dunedin Hospital with a special interest in surgery for benign and malignant foregut conditions including bariatric surgery for obesity. His interest in climate change developed when he was living in Portland, Oregon, and could see first hand how some of the drivers of climate change also affected human health. He returned to NZ in 2011 and has lived in Dunedin with his family since 2018. Mark currently fills the role of Treasurer for OraTaiao and is learning to keep quiet in the future when exec roles are allocated. 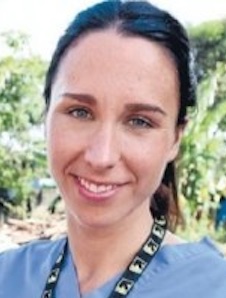 Dr Penelope Milsom, International Coordinator
Penny is a medical doctor and for the past 6 years has been working internationally within different organisational contexts and disciplines including as a clinician, researcher and lecturer and advocate for health, social and, more recently, climate justice. She is currently completing a PhD at London School of Hygiene and Tropical Medicine in global health governance. Her research interests include the political economy of child health inequalities and how to translate child health equity research into transformative social and political action. 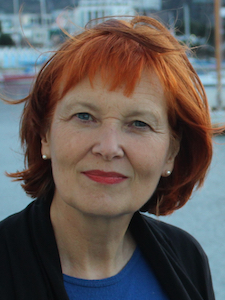 Liz Springford, Policy Development Coordinator
Liz is impatient for a fairer healthy Aotearoa Net Zero next decade - calculating how fast our country can seriously share in keeping global warming within the humanly-adaptable 1.5 degrees limit. She is a Wellington-based climate policy analyst, parent of three, and proud grandma/lola. As a descendant of Celtic arrivals long ago, she is increasingly aware of the terrible costs of ongoing failures to respect tikanga. Liz enjoys collaborating, strategy, writing submissions and media releases, policy (Masters of Public Policy, BA – Economics & English Lit), community cars for hourly hire, and safe cycleway networks. 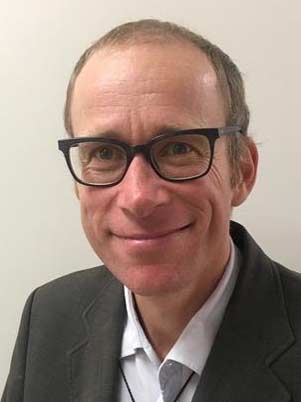 Dr George Laking
George (Te Whakatōhea) is a Medical Oncologist in Auckland and Northland. George's involvement in tobacco control spurred an interest in the motivated denial of science. He sees a parallel between people’s adjustment to major illness, and society’s adjustment to looming environmental catastrophe. Outside of his clinical and advocacy work, he likes to get away on bikepacking trips. 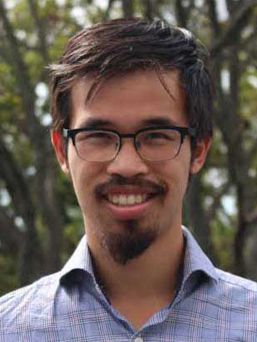 Bruce Tsai
Bruce is a 4th year medical student passionate about health advocacy and sustainability. He has presented a statement to the WHO and facilitated a breakout at the UN Conference on Housing and Sustainable Urban Development. He is currently the Pacific Regional Focal point for the UN MGCY Co-ordination team for oceans and marine resource conservation (SDG 14). In his spare time he enjoys making music, playing basketball, or a game of chess. 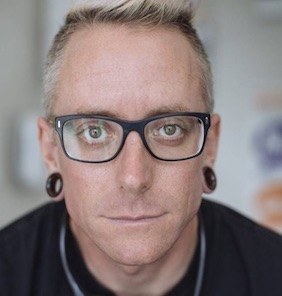 Michael Brenndorfer (Registered Nurse)
Michael works as a Youth Health Nurse and Nurse Educator for School Nurses in West Auckland.  He has an interest in health and climate justice, specifically from Youth Health and a te Tiriti-based Positive Youth Development perspective.  He has previously mobilised large events for climate change, including a 500-strong bicycle ride for 350.org, and has contributed to policy submissions on behalf of NZ Nurses Organisation on carbon emissions. 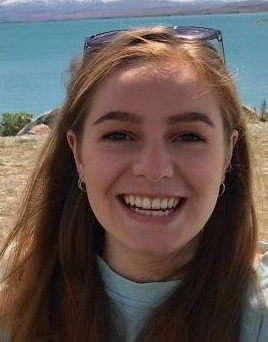 Ingrid Mulder
Ingrid is a student at Otago University studying for her Masters in Advanced Nutrition Practice. Her interests lie in the huge potential for climate change action to relieve the impacts of food insecurity and micronutrient deficiencies. Ingrid has a background in volunteering with former refugees and working with Health Coaches in Aotearoa. In her spare time, Ingrid enjoys reading, camping, and climbing.

For her Masters, Ingrid is undergoing a part-time 6-month placement with OraTaiao, specifically within the Food Systems Working Group. She will help build a Health and Sustainable Food Policy as well as apply her nutrition perspective to submissions, position statements, and resources.

Dr Tess Luff
Tess is a public health medicine registrar based in Te Whanganui-a-Tara Wellington. She has an interest in international health and climate justice, particularly in the Pacific region, which has been sparked by working and travelling overseas. Outside of work she enjoys playing music and being on, in, or near the sea. 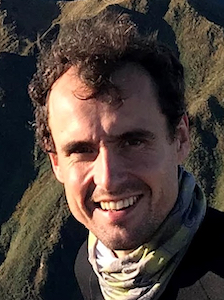 Dr Dougal Thorburn
Dougal (Waikato iwi) is a General Practitioner and Public Health Registrar based in Whanganui-a-Tara. Dougal has a long standing interest in the connections between thriving environments and thriving people. Woven through his various roles including as a father, a friend, a son and a brother, Dougal loves running, restoring native forests, and epic outdoor adventures. 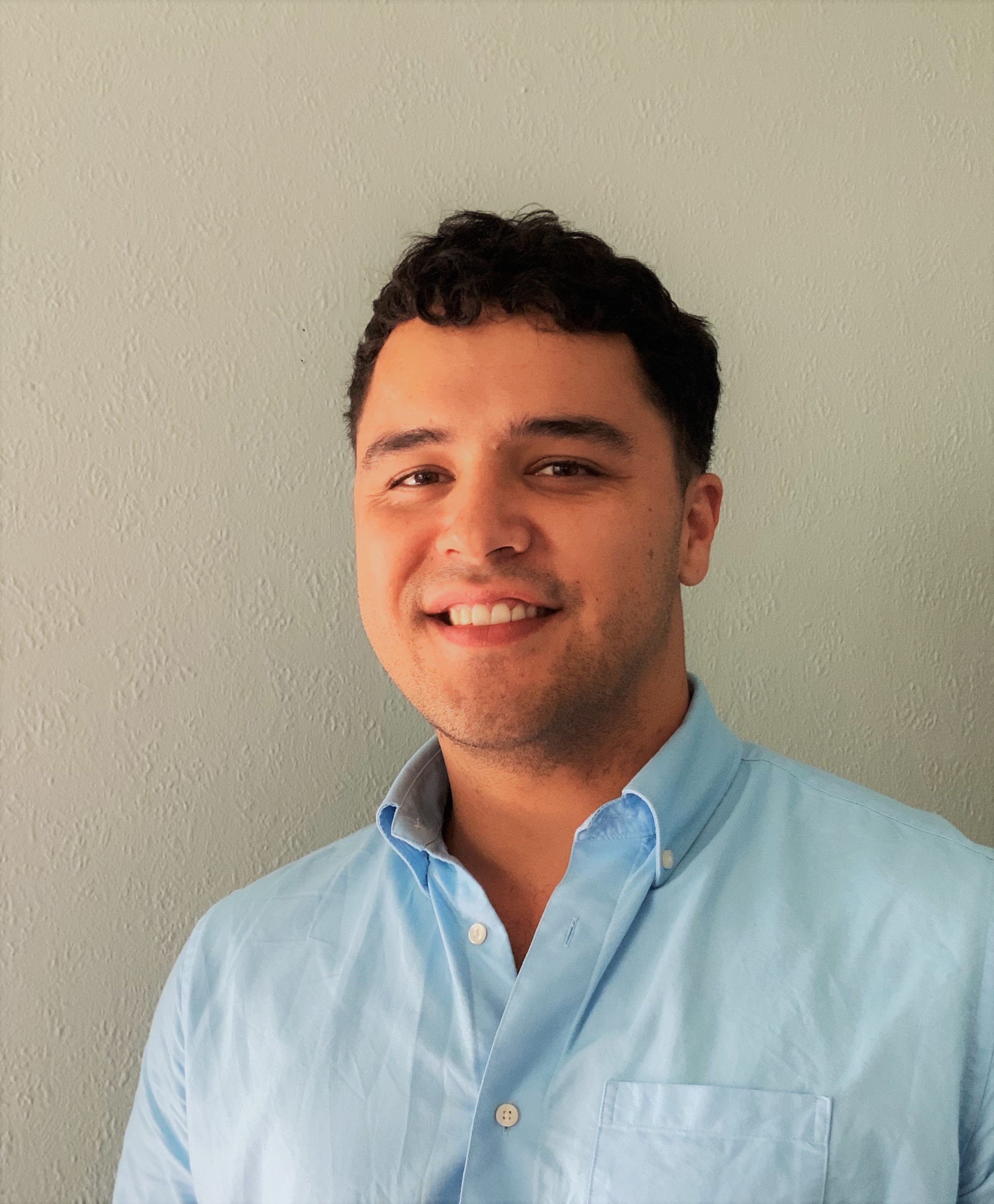 Corbin Whanga
Corbin (Waikato Tainui) is a Senior Advisor to the Ministry of Health, working in the Māori health directorate. He is passionate about protecting ocean health and how people can benefit from communing with Tangaroa. Corbin has experience in communications, community engagement, and hauora whānau. In his spare time he enjoys diving for a pāua or 10.

Dr Matt Jenks, Membership Officer
and OraTaiao liaison for Sustainable Healthcare Aotearoa (SHA)
[email protected]
Matt is an anaesthetist at Dunedin Hospital. He has long had an interest in environmentally sustainable healthcare practice initially focussing on operating theatre recycling and more recently the contribution of healthcare to the problem of climate change. He is involved in the SHA as well as OraTaiao and was executive board member for OraTaiao from 2016 until 2021. He runs his Hilux Surf on waste vegetable oil from the local Japanese restaurant.

Dr Graeme Lindsay, Web Officer
[email protected]
Graeme is a public health physician and lectures in environmental health. Research and interests have focused on environmental health, particularly climate change, transport, air pollution, cycling and health, health sector sustainability. Executive board member for OraTaiao from its foundation in 2009 until 2015, and has been a board member for the Counties Manukau District Health Board Environmental Advisory Group. 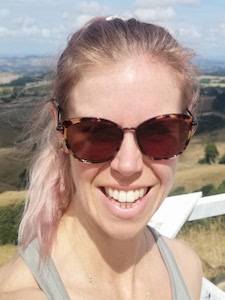 Hayleigh Frost, Public Health Masters Practicum
Hayleigh is currently completing her Master's in Public Health, and is doing a practicum with OraTaiao, whilst also working as a Pharmacist and Nutrition coach. Her main goal is to work to reduce inequity and inequality of populations with the co-health benefits of climate action increasing the health and wellbeing of marginalised communities. Hayleigh also loves outdoor sports, is an avid gym-goer and reader.