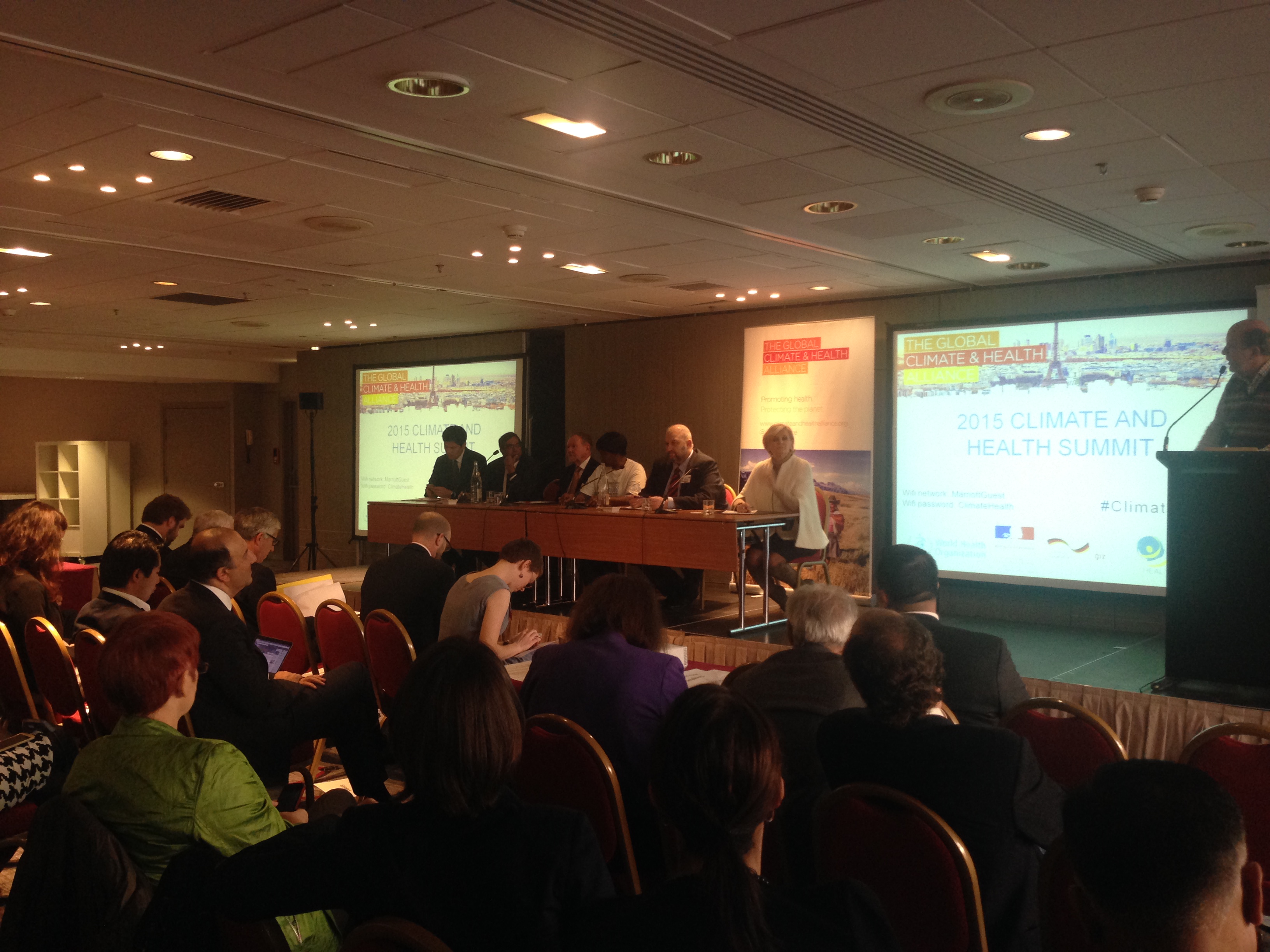 John Vidal from the Guardian chairs a session at the climate and health summit.

Food is a major emerging issue in Paris. Not just the risks of food insecurity of unabated climate change, but the need to deal with the carbon footprint of food, and the co-benefits for health this might bring.  Intensive meat production came under particular fire, including some stark FAO statistics from the US showing that only 10% of grain in the US is used for food – 43% is used for animal feed while 30% is maize used to produce ethanol.

During the summit I met with the Ministers of Health of Fiji and Tuvalu. They pulled no punches as they described the impacts that sea level rise and more frequent storms are already having on their over-stretched health systems and infrastructure. They were also blunt about New Zealand’s egregious failure to act responsibly by committing to curb our own emissions or negotiate for a global agreement that would protect health and survival in the Pacific and clear that a 1.5 degree limit to average global warming was a minimum for survival. 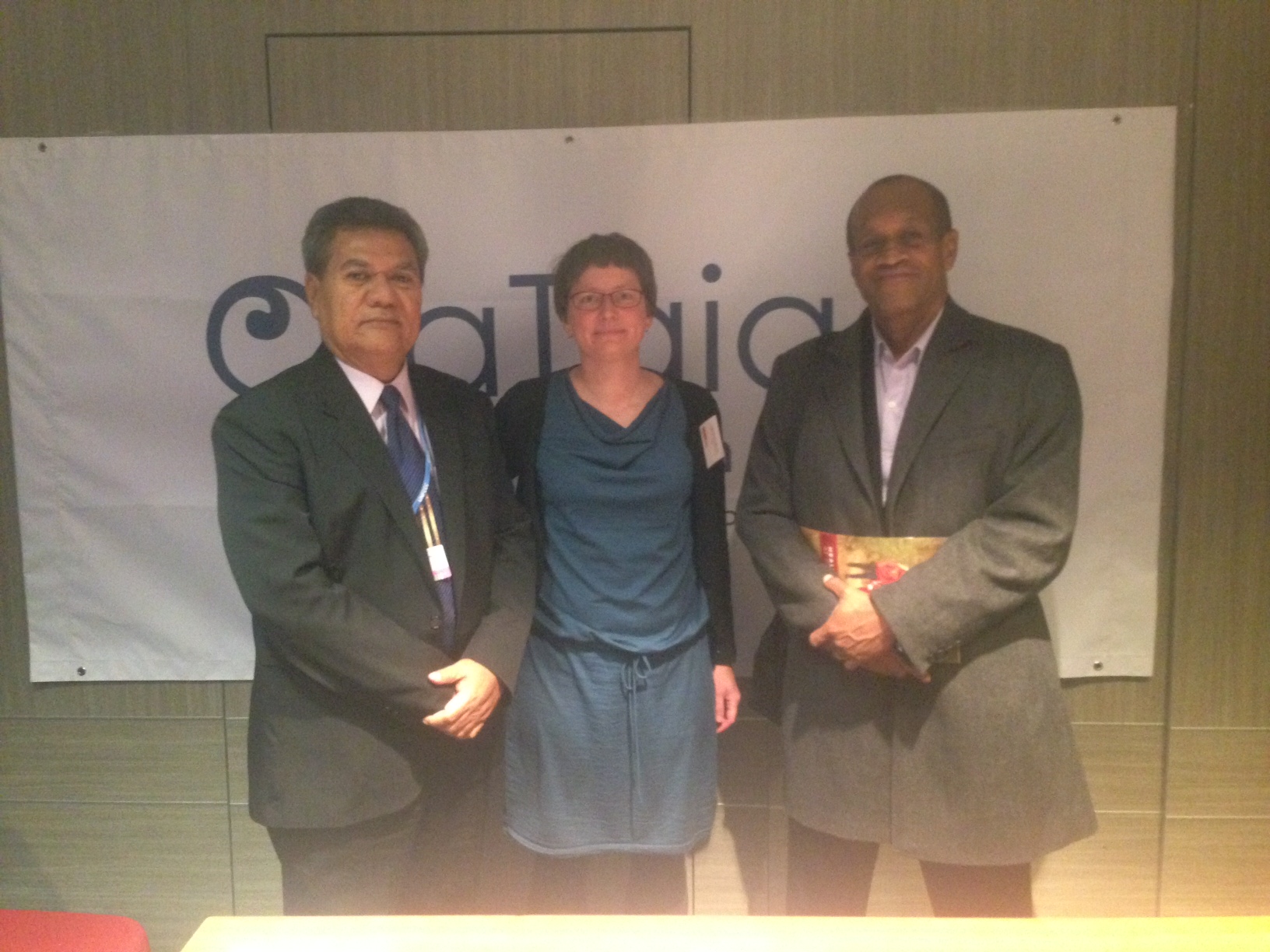 With Hon. Jone Usamate and Hon. Satini Tulaga Manuealla, Ministers of health of Fiji and Tuvalu.

Global combined health declarations were released at the summit, representing 1,700 health organizations, 8,200 hospitals and health facilities, and 13 million health professionals, bringing the global medical consensus on climate change to a level never seen before. These declarations included our own health call to action and the recent RACP declaration.